By: John L. Turner for CRESLI

At first glance Long Island's coastal environment might seem to be a fairly homogeneous place - simply the interface between land and water. Yet, a closer, more detailed look reveals a great diversity of habitats. These range from salt marshes fringing the shore of sheltered embayments to intertidal mud- and sandflats. They include subtidal bay bottoms, both muddy and sandy, some of which provides a substrate for ecologically important submerged aquatic vegetation such as eelgrass. There are the sandy beaches that take the brunt of the Atlantic Ocean's energy.

Even the ocean itself, an environment that might seem to be pretty homogeneous, turns out to be remarkably varied, given to differences in depth, salinity, temperature, and surface and subsurface currents. These differences often result in local concentration of food resources that are readily exploited by pelagic (ocean loving) birds. It is not surprising, therefore, that this diverse coastal environment provides suitable habitat to a surprising diversity of birds.

Following is a list of the birds that might be seen and studied in Long Island's coastal environment. The list is, of course, somewhat arbitrary. Birds that are occasional or are vagrants were excluded since the likelihood of seeing them is very slim. Also, birds that frequent habitats near the coast were excluded. These include, for example, waterfowl that exclusively frequent freshwater ponds near the coast but don't typically occur on brackish or salt water. The criteria used as to whether a species was included or not can be summed up in a question "Is there a reasonable chance I could see this bird if I made the effort at the right time of year?" If the answer is a definite or probable "no" then the bird was left off.

Northern Fulmar (Fulmarus glacialis) - a common pelagic in the winter; rarely seen from land. Tubenose on bill separates it from similar appearing gulls. 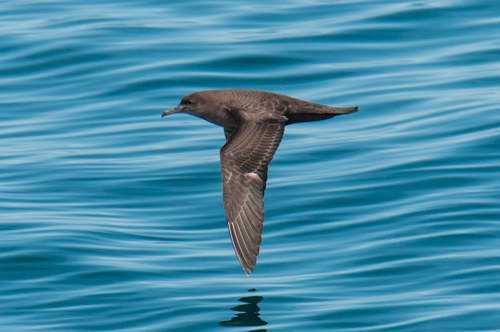 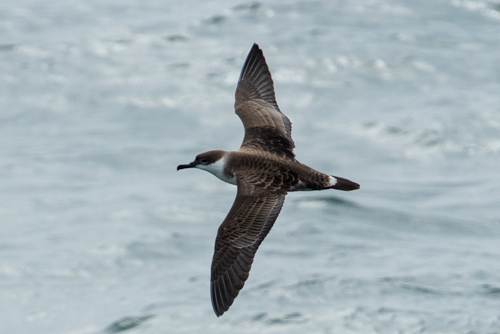 Great Shearwater (Ardenna gravis) - a very common pelagic seabird seen throughout the warmer months, when, like the preceding species, it is "overwintering", away from its southern hemisphere breeding grounds. 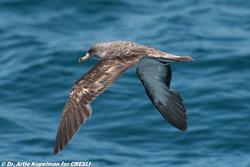 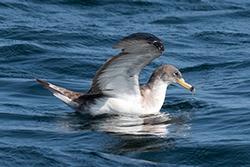 Scopoli's Shearwater (Calonectric diomedea) - relative of Cory's, smaller, and with a lighter underwing pattern than Cory's. 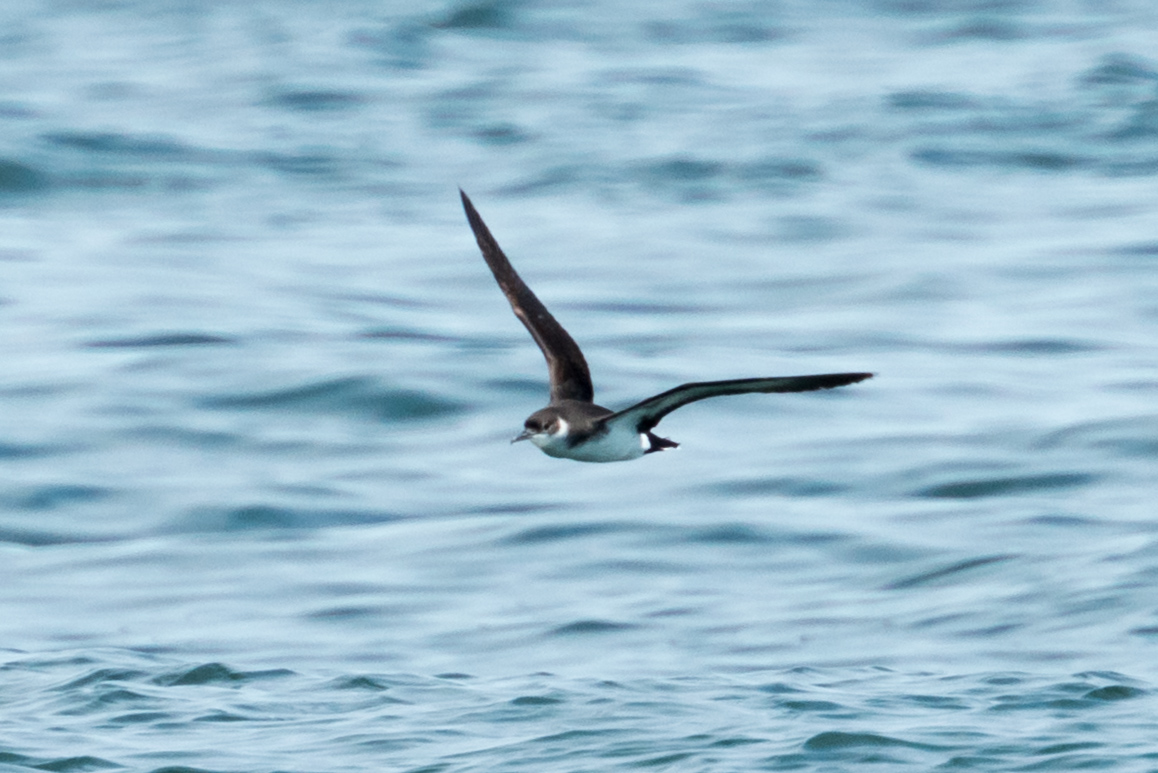 Manx Shearwater (Puffinus puffinus) - an uncommon to occasional pelagic seabird during the summer months; probably found offshore during the winter too.

Audubon Shearwater (Puffinus Iherminieri) - regularly seen in small numbers offshore during the summer months; it is the smallest of the shearwater species that occur in coastal Long Island. 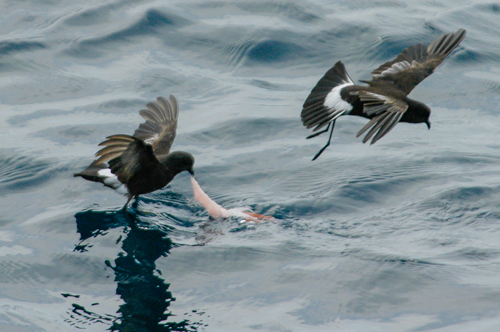 Wilson's Storm-Petrel (Oceanites oceanicus) - probably the most common pelagic species seen off Long Island; flocks have been known to number in the thousands. Has unique flight behavior, often dipping its feet on the water, lending the appearance that it is walking on the water. Old-time mariners called the bird Mother Carey's chicken, a derivation from mater cara, the Virgin Mary, a reference to its habit of walking on the water surface. The word petrel is derived from "Little Peter", a reference to St. Peter who was able to walk on water with Christ's help. Breeds in Southern hemisphere 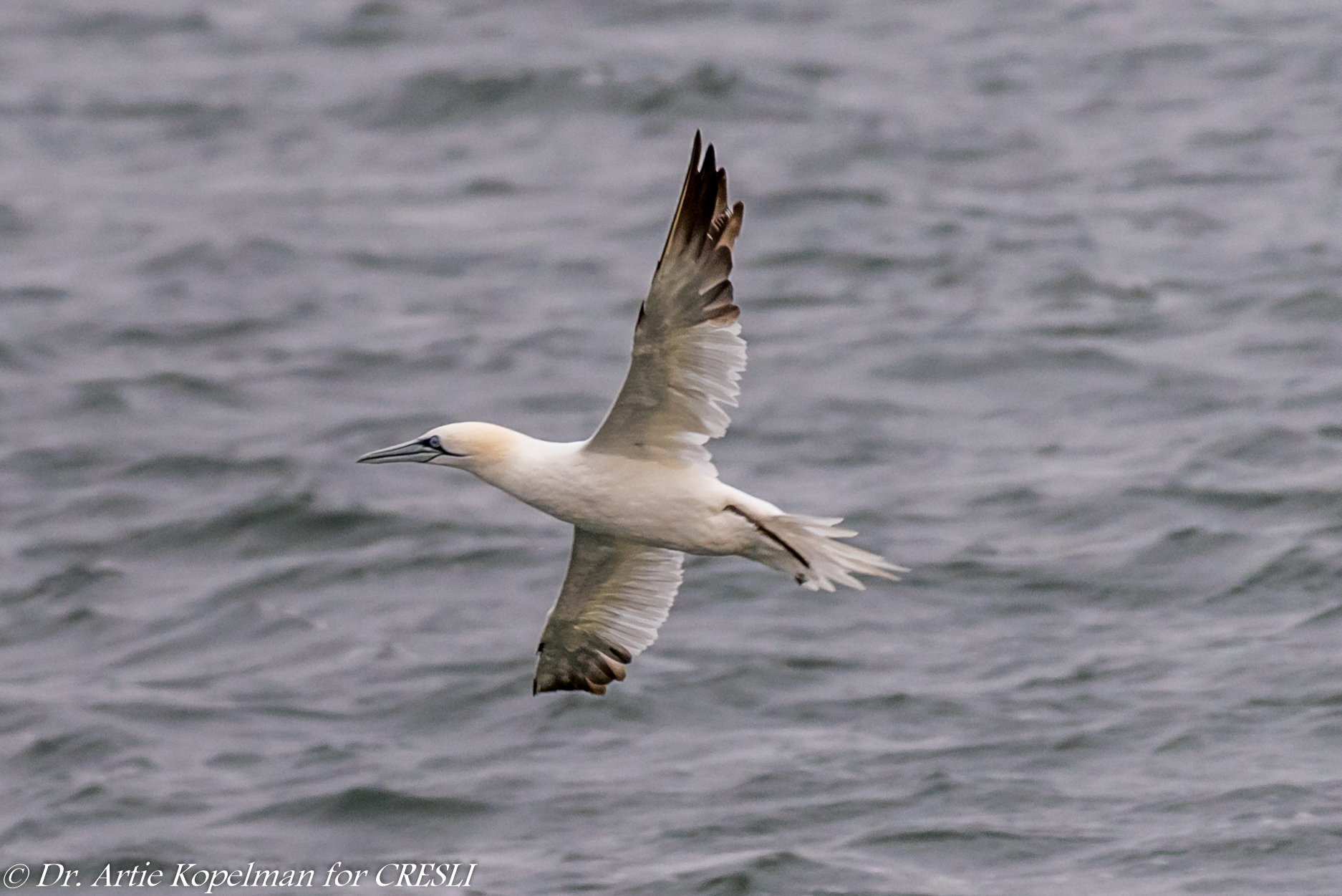 Northern Gannet (Morus bassanus) - a member of the Booby family; Common pelagic bird during spring and fall migration and as an overwintering species. Can often be seen from land especially at Montauk Point and along the south shore. Regular in small numbers in Long Island Sound. Spectacular plunges into schools of bait fish sending up plumes of spray. All age classes can be seen.

Brown Pelican (Pelecanus occidentalis) - twenty years ago the sighting of a brown pelican in Long Island's coastal waters would have been cause for celebration. Now they are seen with some regularity in the summer along the south shore, often flying in small groups in typical flight behavior - low to the water in single file. They have expanded their breeding range northward over the past few decades and now breed on the DELMARVA peninsula.

Great Cormorant (Phalacrocorax carbo) - a regular winter visitor to Long Island. Is larger than, and has a distinctive white flank patch from, the following species.

Double-crested Cormorant (Phalacrocorax auritus) - an abundant coastal bird. It is unlikely not to be seen on any trip to the coast. Has recovered from past persecution to the point that contend it has become a pest. Has returned as breeding bird on Long Island.