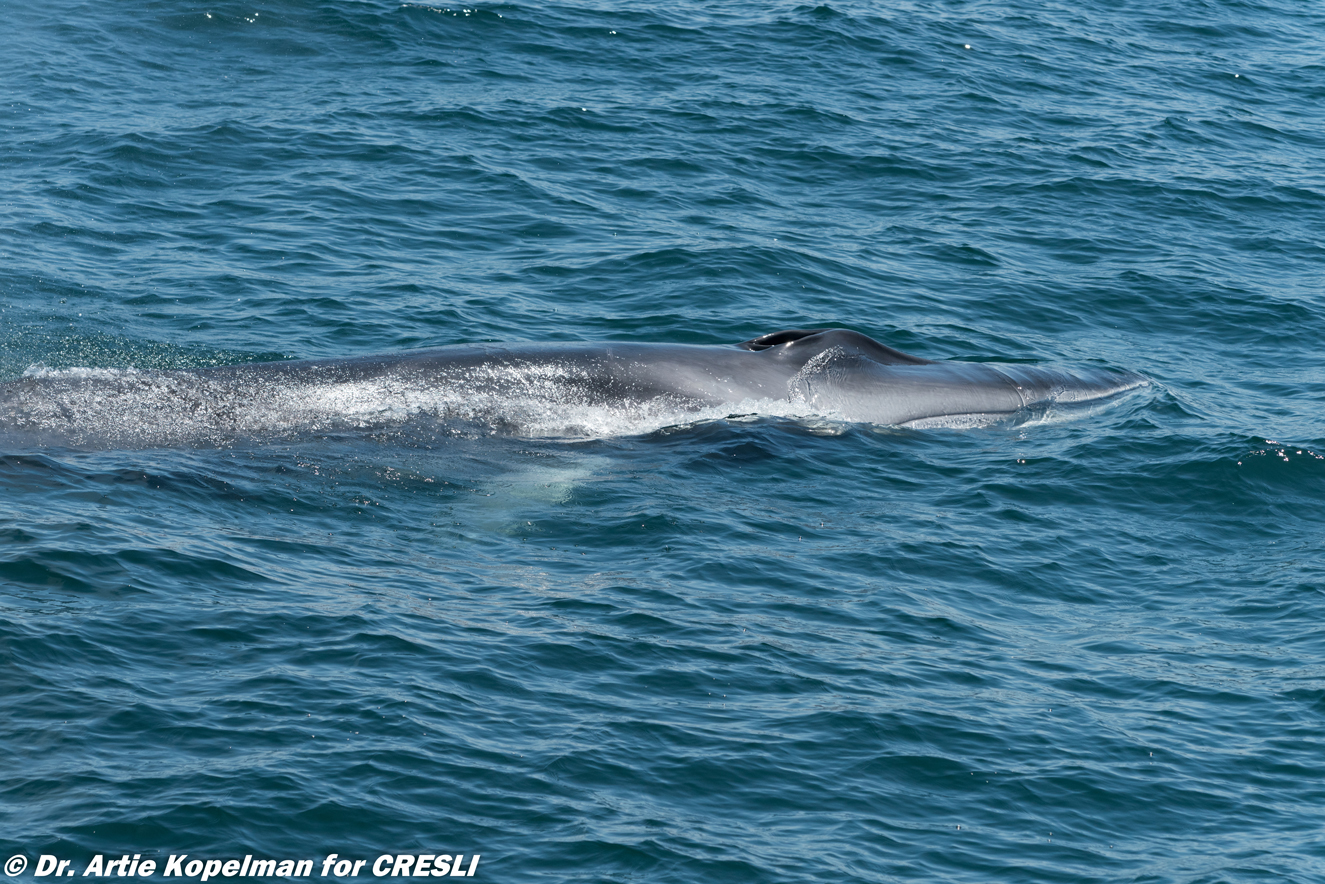 Fin whales are the second largest species of whale and the second largest animal ever to have lived. Fin whales (also know as finback whales) can reach lengths of over 85 feet and weights of more than 170,000 lbs in the northern hemisphere and over 90 feet and 180,000 lbs in the southern hemisphere and are distributed around the world except for the tropics, i.e., they have an antitropical distribution.

Fin whales feed on a wide array of prey species, depending upon availability, ranging from small schooling fish such as sand eels, herring and tinker mackerel, to crustaceans such as krill and copepods, to squid. A variety of feeding techniques are employed in order to concentrate prey, essentially fin whales are "gulpers," taking in large quantities of food and water in each mouthful.

Fin whales are extremely fast, sleek, muscular whales, sometimes referred to as "the greyhounds of the sea" because of the great speed that they can reach (>25 knots).

Fin whales get their name from the very prominent and falcate (curved) dorsal fin, situated around 2/3 of the way back from the head. There are 6 different dorsal fin shapes and we use them to help identify individuals.

Fin whales a lightly-colored area on the right side of their heads called a blaze. Posterior to the blaze is a dark eye-stripe, and inter-stripe wash (lightly colored), and dark ear stripe. Posterior to the blaze and stripes, there is a distinctive V-shaped pattern of coloration around their head called the chevron. Dorsal fin shape, chevron and blaze patterns, and scars can be used to identify individuals. 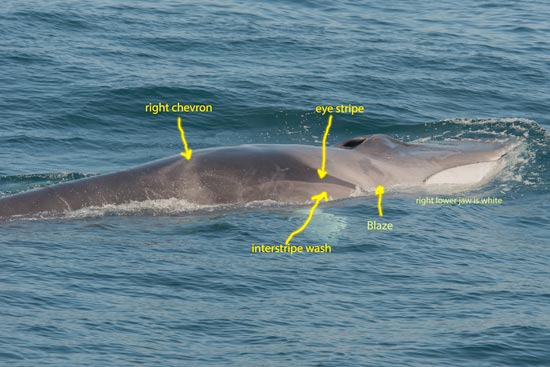 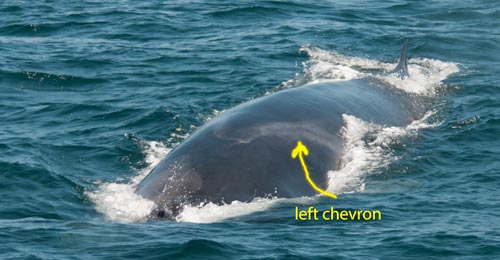 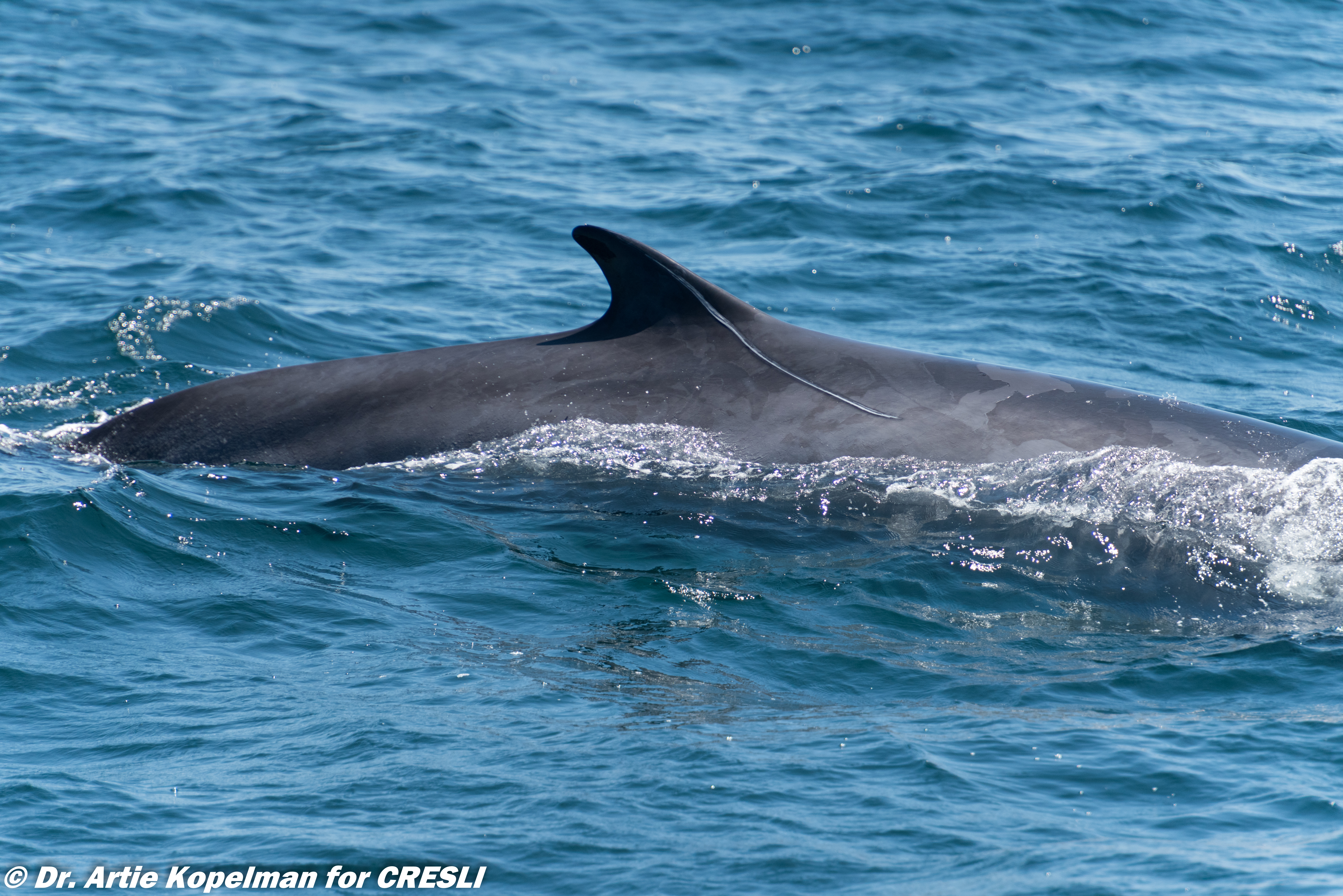 Fin whales have asymmetrically colored jaws and baleen plates. The right side lower jaw and the baleen on its tip are white, while the left side are dark. This pattern can be seen occasionally in minke whales (Balaenoptera acutorostrata), but EVERY fin whale exhibits this asymmetry. Although there are many hypotheses, we still have no definitive idea as to the function of the asymmetrical coloration. 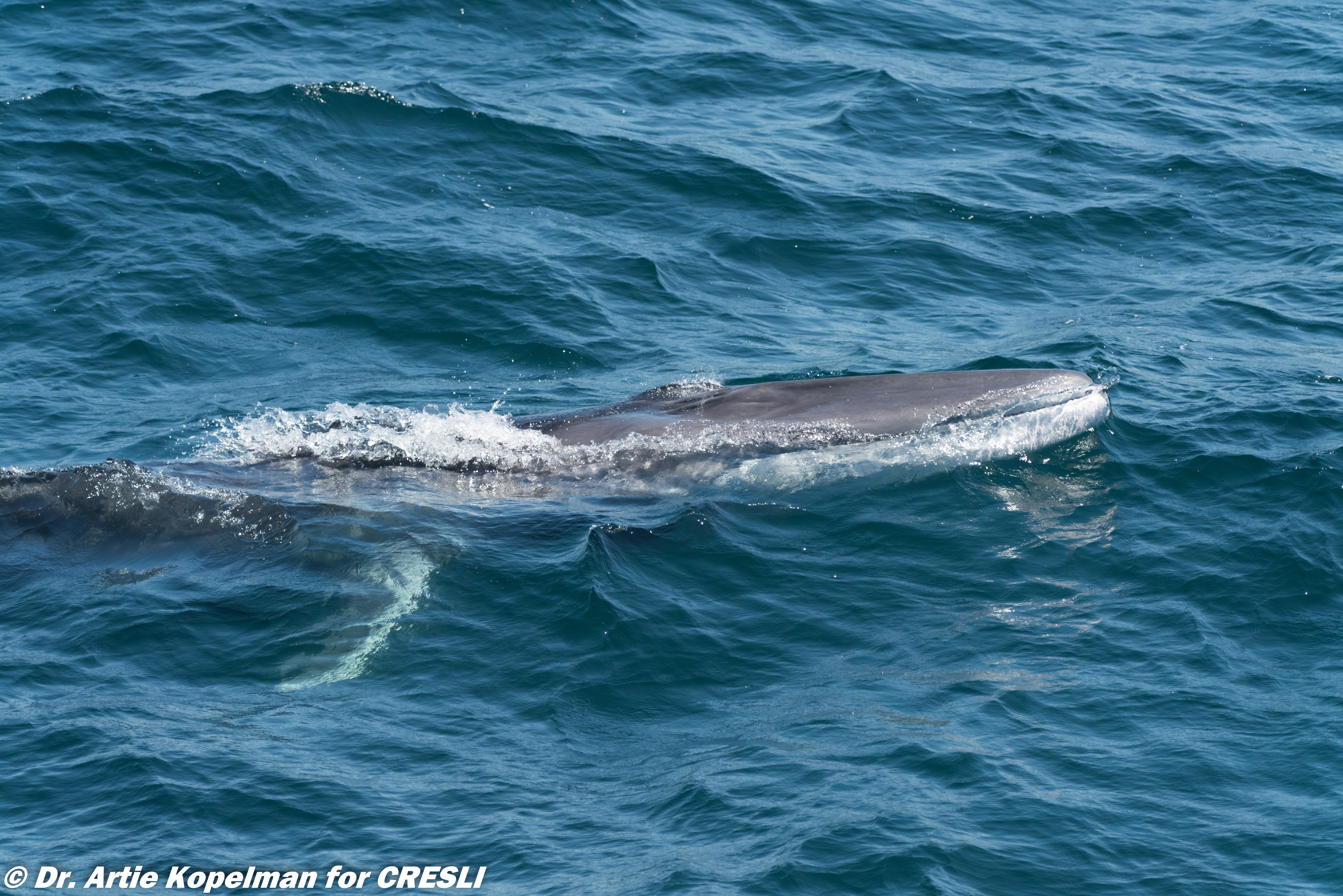 The ventral surface of the body, flukes, and flippers are white, and the rest of the body is dark gray to brown. 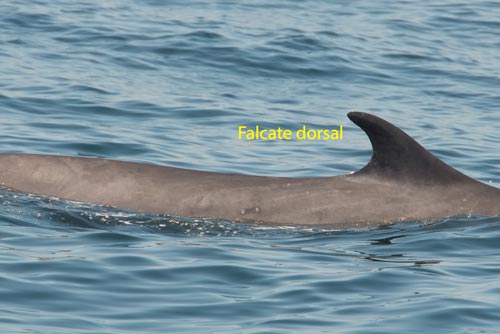