Slow motion video of a terminal dive of our 2nd of 4 humpbacks seen during our 8/3/22 whale watch on the Viking Starship off Montauk.

The humpback whale (Megaptera novaeangliae) is regularly found in the New York Bight throughout the year, but its abundance fluctuates widely. In some years they are very numerous with aggregations of up to 20 individuals. In other years only a few individuals are present. Humpbacks are one of the baleen whales regularly found in shallow water and have been observed for extended periods of time within Long Island Sound, Block Island Sound, Gardiner's Bay, the south shore of Long Island from the Rockaway to Montauk, and in the NY Harbor area.

In some instances humpbacks have also been observed moving in and out of some inlets along the south shore of Long Island (Shinnecock, Moriches, Fire Island, and New York Harbor). Humpbacks are found in the greatest numbers around Long Island between the months of June through October. Usually they feed on shoals of small schooling fish such as sand eels (sand lance), bunker (Atlantic menhaden), or herring, they will also feed on small shrimp like crustaceans called krill or euphausiids.

Our trips to the Great South Channel, bring us to a major feeding area east of Nantucket, where we've encountered humpbacks every year from 2002-2019 (from 4 to 150 individuals per trip).

Humpback females can reach lengths of 60 feet and weights of 100,000 lbs. As in other baleen whales, humpbacks are not truly "social." That is, they don't belong to relatively stable social groups. The only stable association is between a mother and her calf, which may last as long as 1 year. However, unlike other baleen whales, humpback do feed cooperatively and some individuals are often found in close association with certain others.

The flippers of a humpback are quite long (about 1/4 - 1/3 of the body length as seen in the image below), hence the genus Megaptera which translates from Latin as "large winged." In part, due to the large flippers, humpbacks are relatively slow swimmers but are also quite maneuverable.This flippers have tubercles (bumps) on the leading edge which have significant hydrodynamic effects.  The tubercles provide lift and allow these whales to rise through the water at a steepo angle without stalling, enabling breaching with relatively less energy. 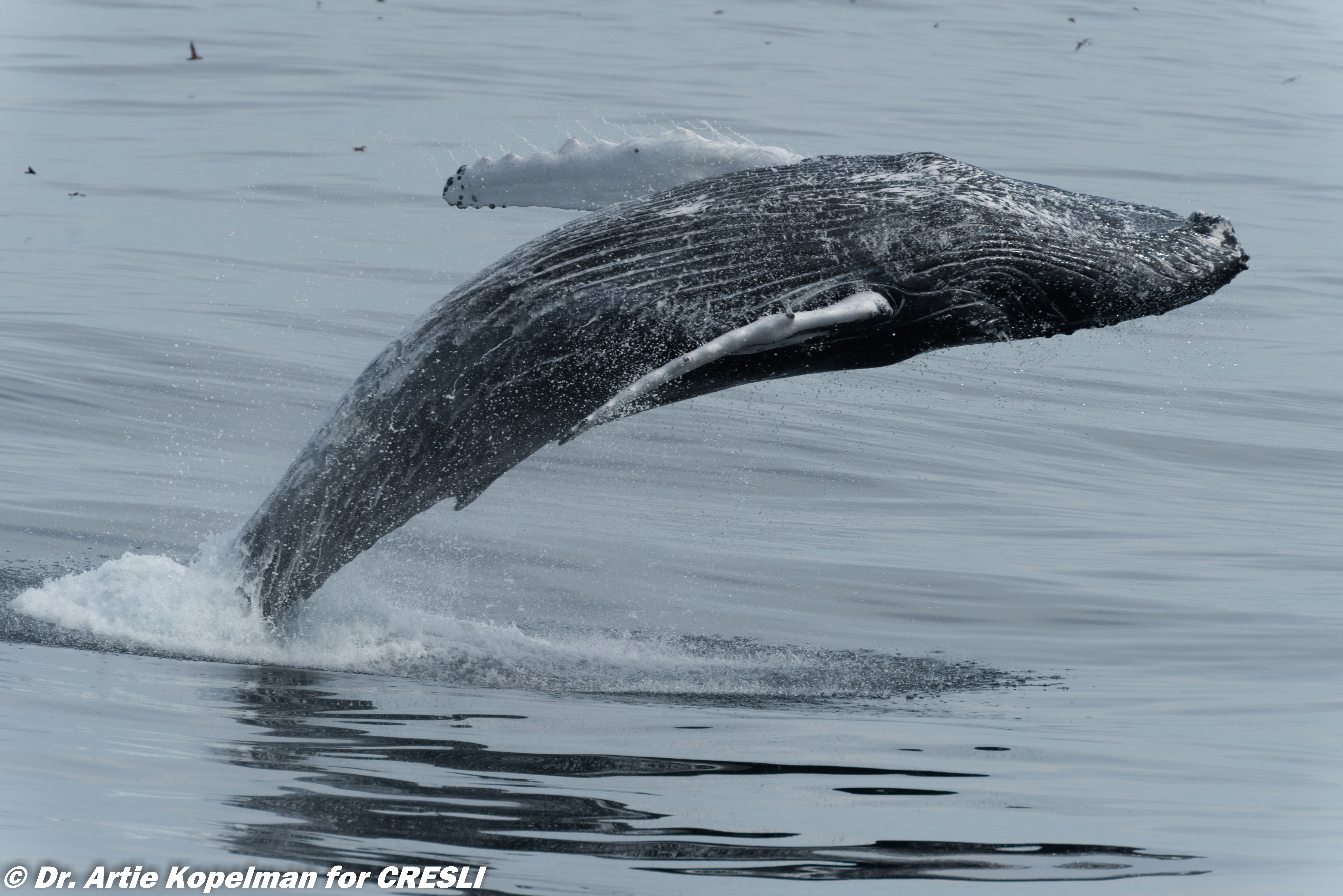 The tubercles also allow humpbacks to rotate rapidly on the axis of extended flippers, thus allowing them to turn quickly into concentartions of prey. Humpbacks use a variety of unique behaviors involving bubbles to capture their prey. No other cetacean, as faas we can tell, uses bubles to concentrate prey.  Humpbacks utilize bubble nets (aka bubble rings), bubble walls, bubble clouds (aka bubble mists). In each behavior, bubbles trap fish, and the humpbacks turn into the mass of trapped fish and feed.

If you are interested inhow to determine the sex of a humpback whale, our colleaugues at the Pacific Whale Foundation have done an excellent job that can be seen here (https://www.pacificwhale.org/blog/how-can-you-tell-a-male-and-female-humpback-whale-apart/) 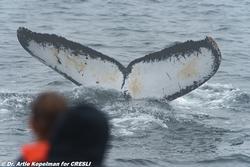 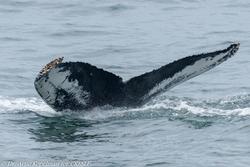 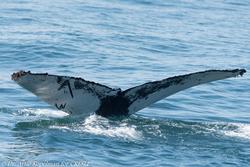 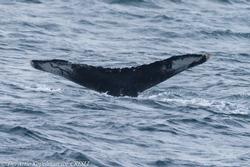 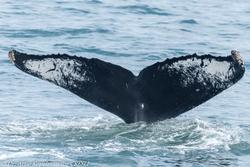 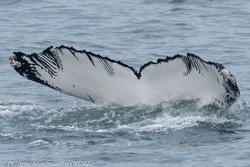 Humpbacks can be found during our trips in the waters off Montauk, as well as Great South Channel, NY Harbor, and Stellwagen Bank, to name a few.

To see the distribution of CRESLI's humpback sightings off Montauk you should go to the NYS Geographic Information Gateway and click on the Citizen Science tab (on the left hand column), then click on the Whale Watching tab, then click on the + sign to the right of CRESLI Sightings: Humpback Whale 2009-2019.

As of September 2022,  we have had 1508 humpback encounters in our trips to the Great South Channel, Stellwagen Bank, and Montauk. We have photo-identified 631 different humpback whales during these trips with the assistance of Laura Howes of Boston Harbor Cruises, the Gulf of Maine Humpback group, Dr. Jooke Robbins of the Center for Coastal Studies, Mason Weinrich of the Whale Center of New England,  the FlukeMatcher groups on Facebook, the Gotham Whale Western NY Bight humpback catalog, HappyWhale, and Flukebook, and Lindsey Jones of Allied Whale.

As of September 2002 CRESLI trips in the waters around Montauk have had 291humpback whale encounters and have identified 191 different humpbacks.

The latest data indicates that there may be anywhere from ~8000-12000 humpbacks in the North Atlantic. The Gulf of Maine stock is estimated to be ~896 in the 2018 NOAA Fisheries Stock Assessment Report.

In September 2016, 9 of 14 distinct population segments of humpbacks from around the world were removed from endnagered status. See https://www.federalregister.gov/documents/2016/09/08/2016-21276/endangered-and-threatened-species-identification-of-14-distinct-population-segments-of-the-humpback 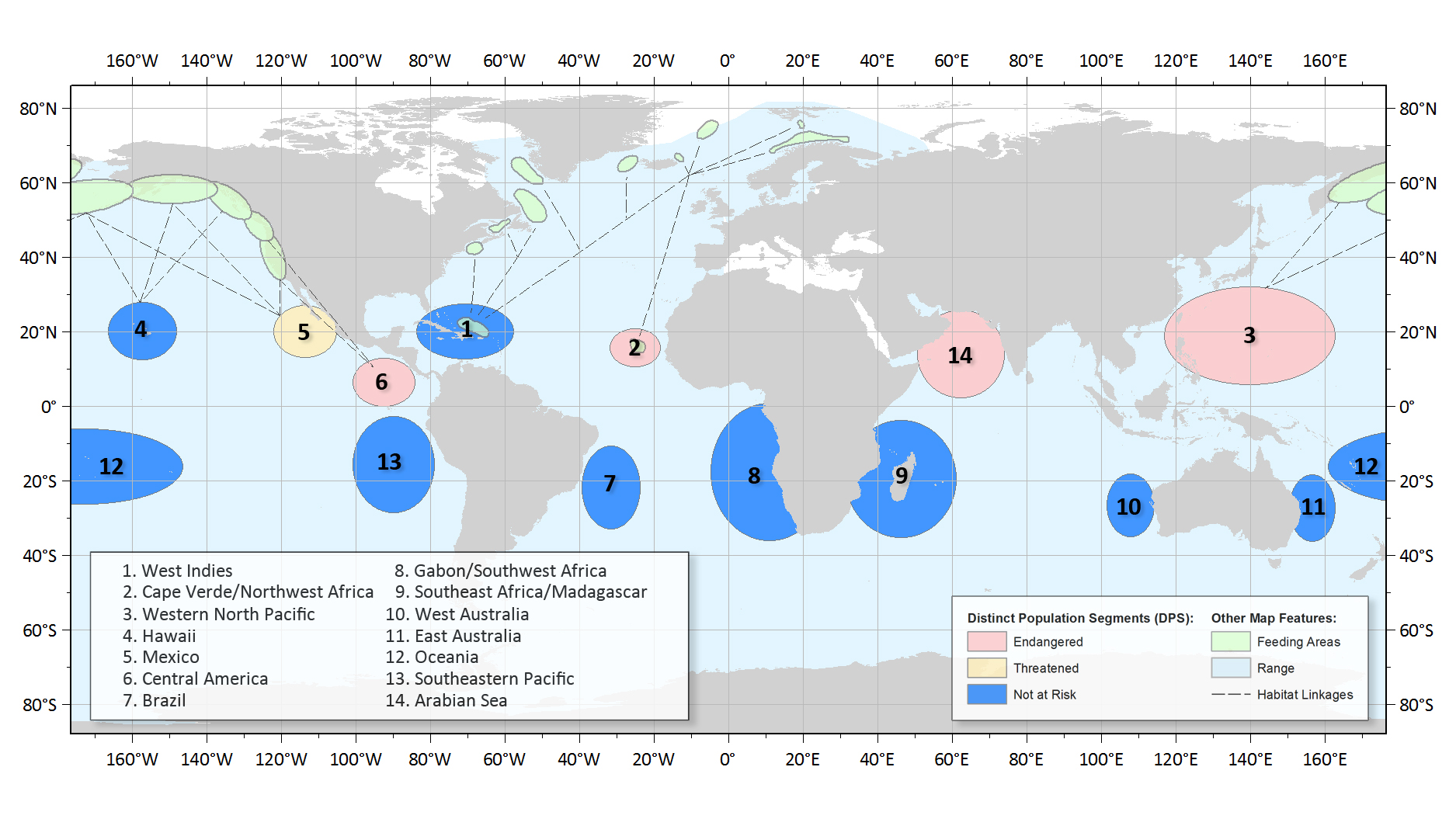 In 2016 NOAA Fisheries declared an Unusual Mortaility Event (UME) for the humpback whale along the Atlantic coast from Maine through Florida.

Since 2016, 156 humpbacks have been found dead. Necropsies (post-mortem exams) were conducted on about 50% of the dead whales and of those about 50% showed signed of human interactions (evidence of entanglement and/or ship strikes). NY has had 32 strandings of dead humpbacks, leading all states (see https://www.fisheries.noaa.gov/national/marine-life-distress/2016-2022-humpback-whale-unusual-mortality-event-along-atlantic-coast)