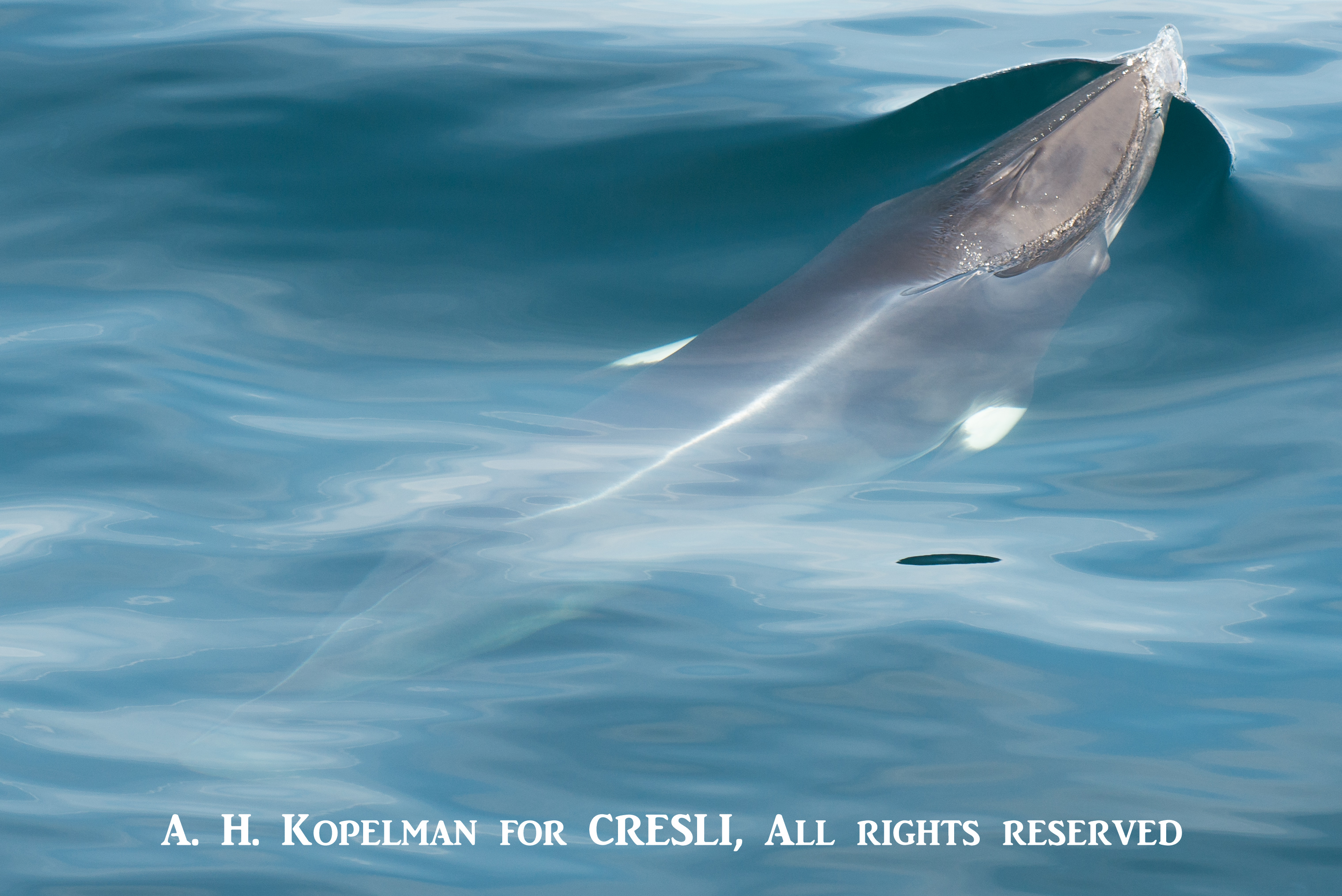 The minke whale is one of the smallest of the baleen whales, attaining lengths of approximately 30 feet and weights of 10 tons. They feed on small schooling fish and krill, and are usually found in our waters as single individuals. Minke whales found along the eastern coast of the US are considered to be part of the Canadian East Stock, which is estimated to contain 4018 individuals.

The minke whale gets its specific epithet (acutorostrata) from its pointed beak (acutus = sharp; rostrum = beak). North Atlantic minkes typically have white bands on their flippers. The minke whale is the third most abundant large whale in the US Atlantic coast. Minke whales are listed in the IUCN (International Union for the Conservation of Nature and Natural Resources) Redlist as "Least Concern."

"A taxon is Least Concern when it has been evaluated against the criteria and does not qualify for Critically Endangered, Endangered, Vulnerable or Near Threatened. Widespread and abundant taxa are included in this category."