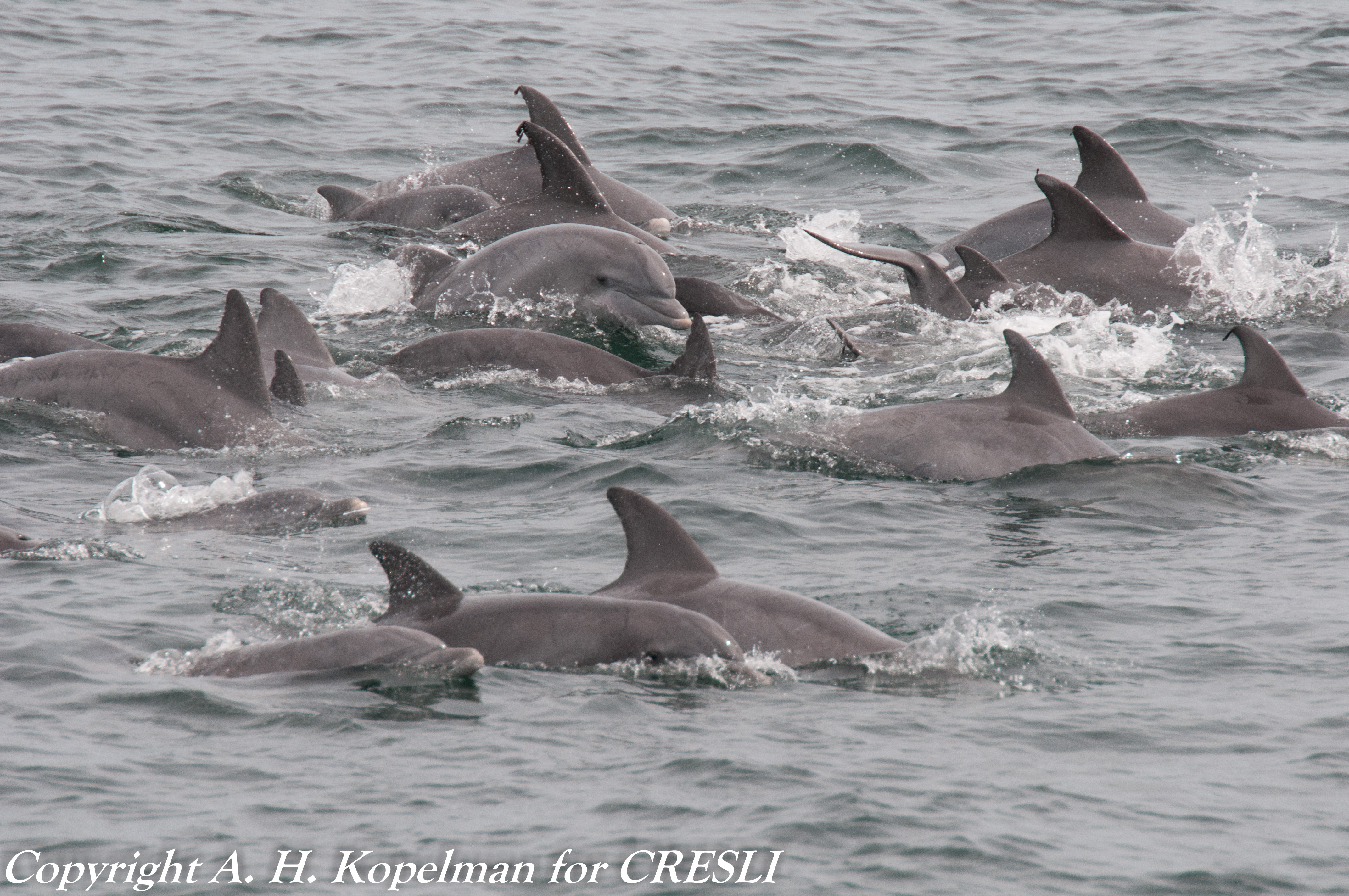 The Atlantic bottlenose dolphin (Tursiops truncatus) is one of the best known of the cetaceans (whales, dolphins, and porpoises); a cosmopolitan species found in the coastal and offshore waters of the world’s temperate to tropical seas. As in most other dolphin species, T. truncatus are social animals. While the typical social group consists of 10-20 individuals, larger aggregations can be found.

T. truncatus individuals can reach lengths of up to 4m and weigh 650 kg. Bottlenose dolphins feed on a variety of fish and squid and some populations in the world have learned to use tools (e.g, sponges, mollusk shells, others) to assist in food capture.

Their lifespan is about 17 years in the wild, and about 50 years in captivity. The age of first reproduction for female T. truncatus is 9.5 years, with an interbirth interval of 3.8 years, and the age of last reproduction is 48 years.

In the North Atlantic, during the summer T. truncatus can typically be found offshore as far north as Nova Scotia; and inshore, typically from Long Island southward. 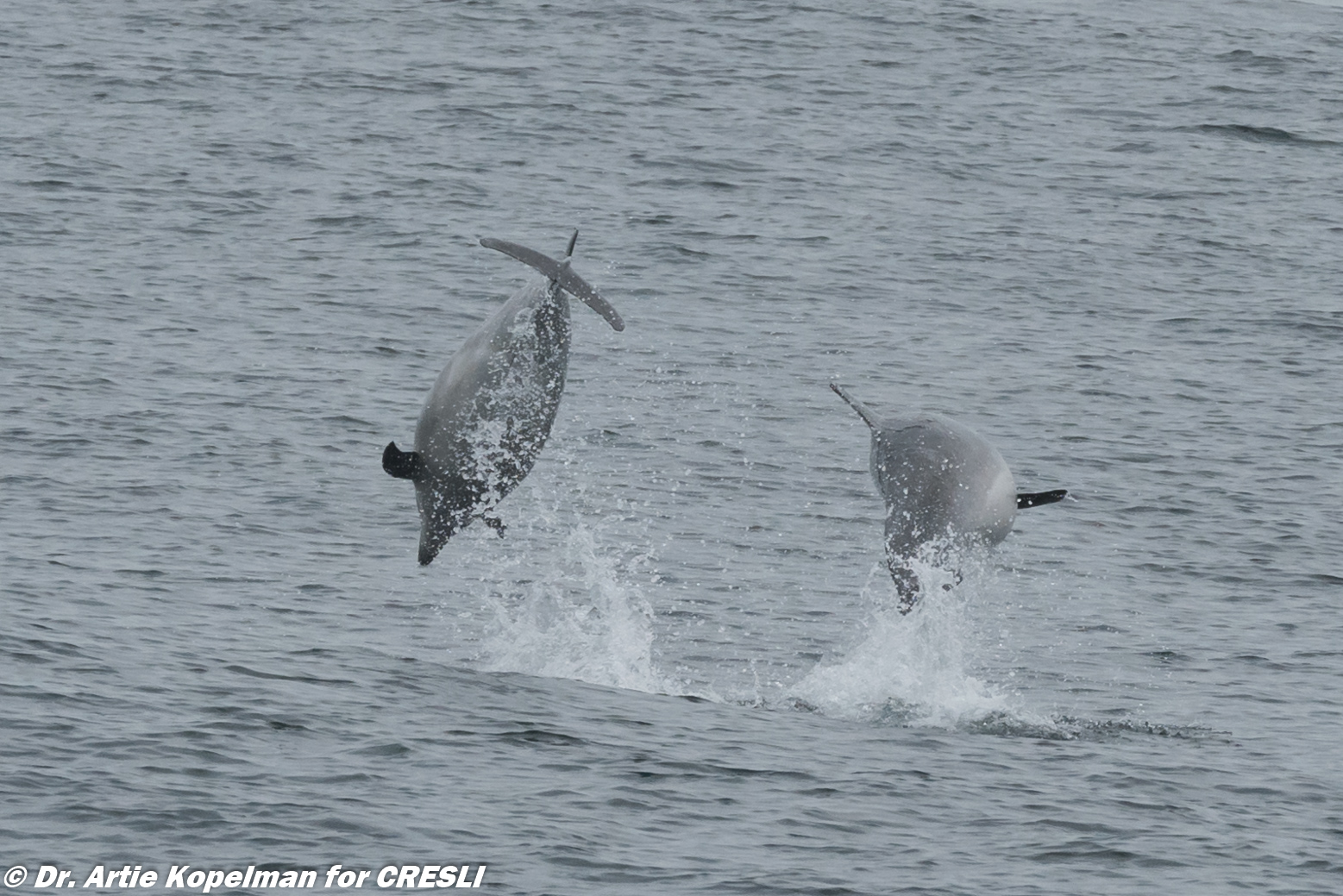 These types differ not only in their distribution (coastal morphotypes, in warmer, shallower near shore waters less than 7.5 km from shore; offshore morphotypes, in deeper, cooler waters greater than 35 km from shore); they also differ morphologically, differ in their diet, differ in their typical parasite loads, and they differ genetically (different mitochondrial DNA haplotypes). 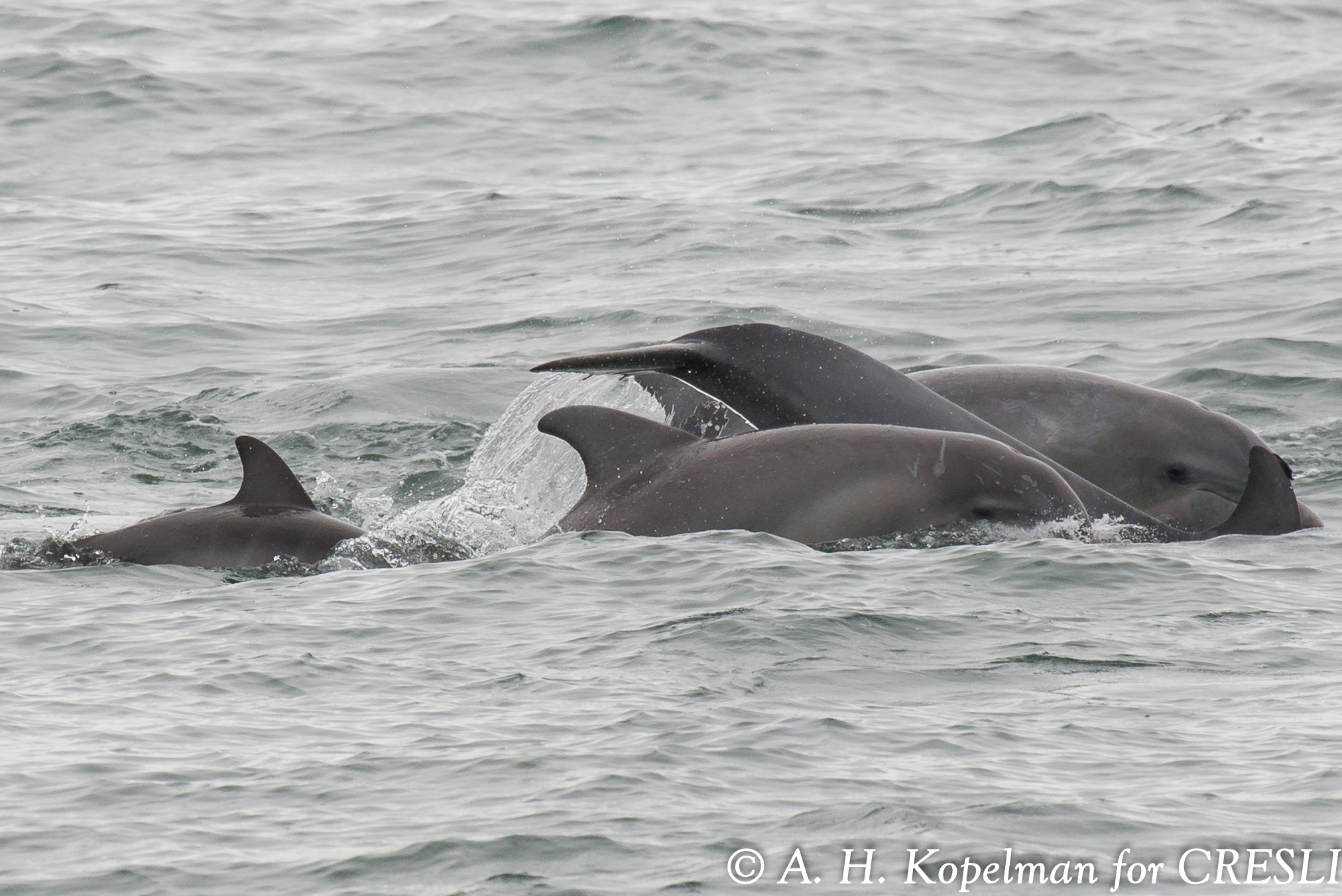 While the coastal morphotype had occasionally been seen north of New Jersey,  sightings of large groups were rare. In late June 2009, a large group of bottlenose dolphins was sighted near Glenn Cove, NY, and through July 2009, a group of 200 coastal morphotype bottlenose dolphins was sighted in elsewhere in Western Long Island Sound (Cold Spring, Huntington, Northport, Hempstead, Oyster Bay, Smithtown and Rye). Over the next few weeks the group (or others like it) were seen further east in the Sound, and ultimately were sighted and photographed near Montauk Point in early August 2009 and  again in early September 2009.

In 2011 and 2012, the summer sea surface temperatures around Long Island were the warmest, on average, ever recorded.  Those two years saw a tremendous increase in the abundance and distribution of the inshore morphotype bottlenose dolphin, essentially found in larger aggregations along the entire south shore of LI.  During the summer of 2013, sea surface temperatures were much cooler, and the inshore bottlenose dolphins were once again more limited in their distribution. Since 2014, coastal bottlenose dolphins have become a regular compenent of the cetacean fauna in the waters of NY.